Founder
The ConAm Group of Companies 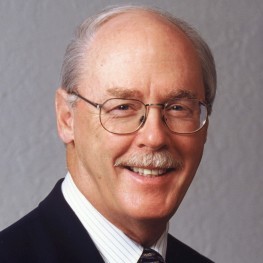 Dan Epstein is the Executive Chairman and Founder of ConAm Management Corporation headquartered in Portland. ConAm Management is among the top privately owned apartment management/ownership firms in the country and presently operates a total of approximately 50,000 apartments throughout the United States. In addition to its management activities, ConAm is developing apartments and mixed-use projects in Seattle and San Diego. Dan serves on the USC Board of Trustees, the executive committee of the USC Lusk Center for Real Estate Development and the Board of Councilors of the USC School of Engineering. He also serves as chairman of the advisory committee of the USC Daniel J. Epstein Department of Industrial and Systems Engineering. In 1994, he was honored with the USC School of Engineering Alumnus Award. In 1999, Ernst & Young named him San Diego's Entrepreneur of the Year for the Real Estate Industry. He is a member of the Chief Executives Organization and the World Presidents Organization. He graduated from USC in 1962 with a bachelor’s degree in Engineering.