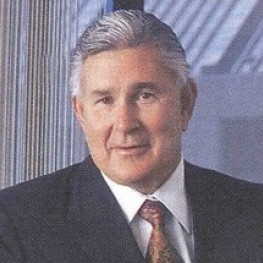 Mr. Foote is the Chairman and Chief Executive Officer of SWD Communities, LLC headquartered in Newport Beach, California. SWD Communities, LLC developed specialty homebuilding projects and major communities in the Western United States, including Twin Creeks, a 998 unit project surrounding a Fred Couples Golf Course in Austin, TX.  Through its affiliated company SWD Capital Advisors.  The company acts as an advisor to other development companies and financial institutions especially in the area of complicated joint ventures and equity and debt financing.

Mr. Foote received his Bachelor of Arts of Degree in Economics from the University of Southern California. He served as Chairman of the Executive Committee of USC’s Lusk Center for Real Estate for eight years and now serves as Chairman Emeritus. He is also a member of The Presidential Associates, USC’s premier support organization.

In addition to serving on many educational and charitable boards, Mr. Foote served on the board of the internationally based Pacific Rim Council on Urban Development and has been a speaker at many industry functions and universities such as Pacific Coast Builders Conference, American Resort Development Association, National Home Builders Association, The Urban Land Institute, and University of Southern California. He was also named to the Beta Theta Pi Hall of Fame at his university for his community service.