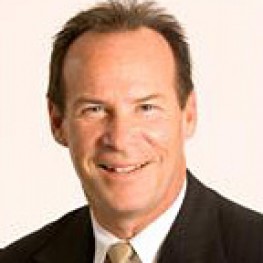 Stuart A. Tanz has served as President and Chief Executive Officer and as a director of Retail Opportunity Investments Corp. (ROIC) since 2009.  ROIC is a retail REIT traded on NASDAQ. The company creates long-term shareholder value by specializing in the acquisition, ownership and management of grocery anchored shopping centers.  ROIC's property portfolio includes 36 shopping centers encompassing approximately 4.1 million square feet.

Mr. Tanz was the Chief Executive Officer of United Income Properties, Inc. from 2006 to 2009 and its Chief Operating Officer and President from 1988 to 1992. United Income Properties, Inc. was a privately owned retail real estate development company in Southern California which developed, owned and operated various shopping centers in Southern California and now owns, manages and operates approximately 2,250 self-storage units and a retail property.

From 1997 to 2006, Mr. Tanz was the Chairman, Chief Executive Officer and President of Pan Pacific Retail Properties, Inc., during which period its total market capitalization increased by 795% from $447 million to over $4 billion. Mr. Tanz oversaw and administered all aspects of Pan Pacific Retail Properties, Inc.'s business, management, finance and personnel and led its $146 million initial public offering on the NYSE and ultimately in the sale of the company for $4.1 billion to Kimco Realty Corp. in November 2006.

From 1992 to December 1996, Mr. Tanz was a director of Revenue Properties Company Limited and was the Co-Chief Executive Officer from May 1996 to August 1997. Revenue Properties Company Limited was a publicly traded company on the Toronto Stock Exchange that was the parent company of Pan Pacific Development Corp., where Mr. Tanz was the President and Chief Operating Officer from 1992 to 1997.

From 1982 to 1988, Mr. Tanz was the Director of Acquisitions of Southern California at Bramalea Limited, based in Toronto, Canada, and Bramalea California Inc.

Mr. Tanz is a member of the Advisory Council for the University of Southern California Lusk Center for Real Estate and the Board of Directors for the Sanford-Burnham Institute for Medical Research in San Diego. Mr. Tanz is a member of International Council of Shopping Centers and Young Presidents Organization. In 1998, National Real Estate Investors named Mr. Tanz as one of the country's top real estate executives under the age of 40 and in 2001 Mr. Tanz was awarded San Diego's Ernst & Young Real Estate Entrepreneur of the Year in real estate. Mr. Tanz received a B.S. in Business Administration from the University of Southern California, Marshall School of Business.