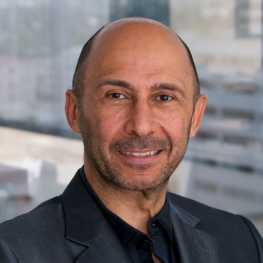 Sonny H. Astani, founder of Astani Enterprises Inc., a development firm based in Beverly Hills specializing in luxury condominiums and apartments, has over thirty years of real estate experience in the Southern California area. Mr. Astani has been involved in the development and construction of more than 5,000 new luxury rental and condominium units in the Los Angeles area valued at $1 Billion.

Mr. Astani received a Master’s Degree in Engineering from the University of Southern California (“USC”). He is currently serving on the Board of Councilors for the USC Viterbi School of Engineering, Executive Board of the Central City Association, Leadership Council of USC Lusk Center for Real Estate and a Board Member of the Pacific Council for International Affairs. He has been awarded with the USC Engineering School’s 2007 Distinguished Alumni Award and the Industrial and Systems Engineering School’s Distinguished Award in 2006.

In November 2007, Mr. Astani proudly donated a generous naming gift to the University of Southern California’s (USC) department of civil engineering, now named “the Sonny Astani Department of Civil and Environmental Engineering”. The endowment remains the largest naming gift for a civil engineering department. Mr. Astani has also donated $3.5 Million to the Skid Row Housing Trust which provides housing for battered women and children and the homeless. In addition, he supports both the Oaks Christian School and Dorsey High School.

Mr. Astani is married with three children and resides in Malibu. His hobbies include Karate, Tai Chi, yoga, swimming and traveling.