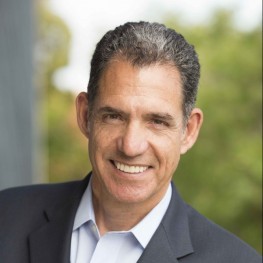 Mr. Armstrong is the Managing Principal of Westport Capital Partners LLC, joining the firm at its inception. The firm maintains offices in Los Angeles, California and Stamford, Connecticut. Westport’s funds are a series of closed- and open-end funds principally focused on making opportunistic and distressed investments in real estate, mortgage debt, marketable securities and financial assets backed by real estate. Westport invests in all property types, throughout the capital structure and at all parts of the life-cycle of a real estate asset. Investments include properties, distressed and sub-performing loans, syndicated bank loans and marketable securities.

Throughout his career, Mr. Armstrong has been responsible for office, retail, self-storage, multi-family, industrial and hotel investments across the United States, Europe and Japan. His experience runs the gamut from property acquisition through repositioning, and ultimately disposition of fund assets. He has overseen properties in all stages of their life cycle, from the development of new projects to adaptive repositioning of properties including change of use. In addition, he has played a central role in the construction and management of Westport’s marketable securities portfolio, which has ranged across the capital structure from senior secured bank debt to public and private equities. During prior economic downturns, Mr. Armstrong has had significant experience in distressed asset investing and restructuring.  He has previously served on both official and informal creditors’ committees in distressed and bankruptcy situations. These roles have often transformed into board membership.

Over the past 25 years, firstly at Trust Company of the West in the Distressed Mortgage Group, followed by joining Oaktree Capital Management at its inception, and lastly at Westport, Mr. Armstrong has led or participated in hundreds of transactions and investments, representing more $5 billion.  He has played key roles in large real estate private equity transactions, including the acquisition of a large multifamily investment in Germany and the recapitalization of an automated frozen warehouse business based in Holland, with operations on three continents.

Mr. Armstrong has had public and private board experience, including previously serving as a board member and chair of the investment committee for Wheeler Real Estate Investment Trust, Inc, a publicly traded retail REIT.  He previously served on the board of Lodgian, a publicly traded hotel owner (post-bankruptcy).  In addition, he served on the Boards of Playa Capital Company (previous owner of the Playa Vista development in Los Angeles), IDI/Verde Realty (private industrial REIT) and Opportunity Bank (federally chartered bank).

Prior to joining Westport in 2006, Mr. Armstrong was most recently a Managing Director at Oaktree Capital Management, which he joined immediately after its founding in April 1995.  He was a member of the Real Estate Opportunities group at Oaktree, and was a senior member of the investment staff.  Before that, he worked at Trust Company of the West (1992-1995), initially in the High Yield Credit group as an analyst before joining the Distressed Mortgage group