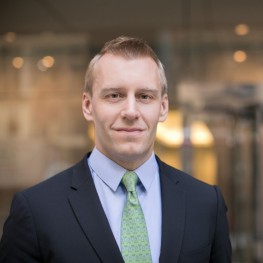 As Chief Operating Officer for Related California, Mr. Vanderboom joined Related in 2017, supporting the daily operation of the company's luxury housing, mixed-income housing and mixed-use development division, a portfolio totaling over $5 billion in development. He is responsible for the leadership, management and growth of the company as well as its financial strength and operating efficiency.

Mr. Vanderboom has 13 years of real estate development experience and has overseen the development of more than $2 billion in assets. Prior to joining Related, Mr. Vanderboom  was Executive Vice President for The Howard Hughes Corporation where he led the company's new development projects in Hawaii, including Ward Village, a 60-acre urban master planned community in the heart of Honolulu that upon completion will include more than 4,500 units and 1 million square feet of retail. Under his leadership, Ward Village was named Best-Planned Community in the United States by Architectural Digest. Ward Village also became Hawaii's only LEED-ND Platinum-Certified project, the largest neighborhood development in the country to achieve Platinum Certification.

Mr. Vanderboom holds a Master of Real Estate Development and a Bachelor of Science in Business Administration from the University of Southern California. During his five years at USC, Mr. Vanderboom played football under head coach, Pete Carroll, winning two National and five Pac-10 Championships. He serves on the Executive Committee for the Lusk Center for Real Estate at the University of Southern California and the Policy Advisory Board for the Fisher Center for Real Estate and Urban Economics at the Haas School of Business at the University of California at Berkeley.  He is also a member of the Young Presidents Organization.