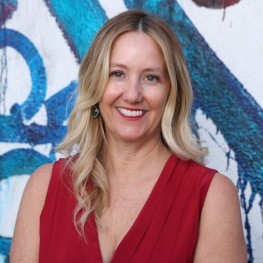 Nadine Watt is CEO of Watt Companies. Nadine brings over 20 years of real estate expertise and an entrepreneurial drive to her position, where she oversees day-to-day activities and strategic planning for all commercial investment activities including acquisitions, development, and asset management for the company’s 6 million-square-foot portfolio.

Previously, Nadine served as President of Watt Companies. In 2011, she led a strategic reorganization of the company that moved the firm beyond traditional property management and leasing to a focus on acquisitions and real estate development, as well as joint venture opportunities. Nadine played a key role in launching Watt Companies’ acquisition division – Watt Investment Partners – that now actively invests $60 million in a variety of property types across the Western United States.

Throughout her 20-year tenure at Watt Companies, Nadine has touched all facets of the company’s operations, including the development of thousands of apartment units and numerous shopping centers. Nadine was also responsible for a widely celebrated multi-million-dollar renovation program at Watt Plaza, a 920,000 square foot, Class-A office building in Century City. The building was certified Platinum LEED and was recognized by BOMA International with an award for Outstanding Building of the Year.

Nadine has been designated as the President-Elect of the University of Southern California Board of Governors and serves as Vice-Chair of the Lusk Center for Real Estate as well as on the USC Associates Board of Directors. She was the first woman to be named Chair of the Los Angeles Business Council, a position she still holds. She is a Board Member of Fisker Inc. (FSR) chairing the Compensation Committee and Visionary Women and the City of Hope Los Angeles Real Estate & Construction Industries Council.

Nadine received the Century City Citizen of the Year award in 2017 and the EY Entrepreneur of the Year award in 2018. Nadine has also been the subject of a spotlight piece in the Los Angeles Times highlighting her career path and business success. She has also previously held Board Positions on two other publicly traded companies, The New Home Company (NWHM) and 1st Century Bank.

A graduate of Georgetown University School of Foreign Service, Nadine also holds a Master of Arts degree from the School of Cinematic Arts at the University of Southern California.

Nadine currently resides in Beverly Hills with her husband Andrew Jameson and their two daughters, Keira and Reese Jameson.