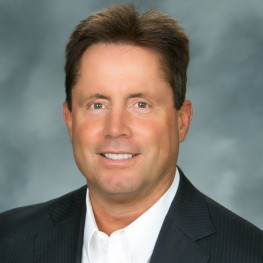 Kevin A. Shannon is widely considered to be one of the premier investment sales brokers in the Western United States. As the Co-Head of U.S. Capital Markets for Newmark Knight Frank for the last two years, Kevin leads the disposition and acquisition of investment properties on behalf of domestic and offshore investors. In the course of his over 30 year career, he has sold and marketed more than $61 billion of office, industrial, self-storage, retail, land and mixed-use assets. His experience includes 100% fee simple, partial interest recapitalizations and joint venture transactions.

Mr. Shannon has spent his career helping clients structure transactions to best meet their goals. Notably, he brokered the largest office sales in the Western United States in 2010, 2011 and 2012 and the second-largest in 2013. The 2012 sale, in which Amazon.com headquarters traded hands for $1.6 billion, was also the largest commercial sale in the country. He has consistently set all time per square foot office sales records in six different West Coast markets from 2012 to 2017.

Kevin joined NKF after nearly nine years at CBRE, where he served as vice chairman and managing director for the West Coast Institutional Investment Group and lead the Western United States Office Vertical. During his tenure, he was the firm's top producing salesman on the West Coast in 2006, 2007, 2008, 2011, 2014 and 2015.

Prior to CBRE, Mr. Shannon served as a senior vice president with the Institution Investment Group of Grubb & Ellis, now a part of Newmark Knight Frank. He was that firm's top-producing broker nationally from 2003 to 2005. He began his real estate career at Colliers Seeley in 1983, where he rose to managing director and partner in the Investment Division and was the company's top aggregate producer from 1990 to 1999.

Kevin attended the University of Southern California, B.A. Real Estate Finance and Development and frequently is a guest lecturer or moderator. He is a long-standing Board Member on the USC Lusk Center for Real Leadership Council and serves on the Campaign Cabinet at the USC Caruso Catholic Center. Kevin is the Vice Chair of Urban Land Institute’s (ULI) Industrial and Office Park Development Council (IOPC) Silver Flight and has been an avid supporter and served on the board for Catholic Big Brothers Big Sisters Los Angeles for over 20 years.

Newmark Knight Frank provides a fully integrated platform of services to prominent multinational corporations and institutional investors across the globe, as well as to owners and users of real estate on a local, regional and national level. With services including leasing advisory, global corporate services, investment sales and capital markets, consulting, program and project management, property and facilities management, and valuation and advisory services, we offer comprehensive real estate solutions supporting the business objectives of our clients.