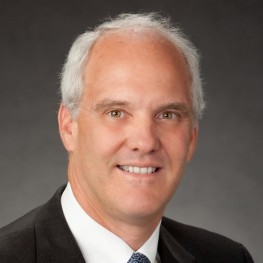 John D. Menne is responsible for co-managing his family’s businesses, which include agricultural and commercial real estate in the western US. He joined the family business in 2014.

Prior to joining the family business, John was a Managing Director with MetLife Real Estate Investors. He started with MetLife in 1985 and had been directly involved in many facets of its real estate investments including debt and equity asset management, joint ventures, acquisitions and sales, loan workouts and bankruptcy resolutions, and mortgage loan originations. Since 2002 he led the company’s Los Angeles office, which covers MetLife’s debt and equity portfolios totaling over $6.0B located in southern California, Arizona, Nevada, New Mexico, and Hawaii. John also oversaw MetLife’s investment in a national multi-family development and operating joint venture consisting of 27 projects totaling 6,400 units and 10 land sites totaling 22 acres with a net equity value of over $1B.

He has served as a committee member of the Mortgage Bankers Association’s Bankruptcy Working Group.  He is also a full member of ULI, and has served in a variety of positions including Chair of ULI’s Los Angeles District Council, Vice Chair of ULI’s National Program Committee, member of the District Council Advisory Group and a member of ULI’s Leadership Group. He is currently a member of the SSDC Product Council.  John serves as a Board Member on the Pleasant Valley County Water District and the Zone Mutual Water District. In addition, John is active with USC’s Lusk Center for Real Estate including serving on the Center’s Board of Directors, as well as an adjunct professor within the School’s Master in Real Estate Development program.