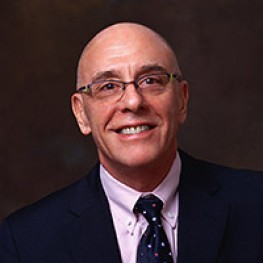 Prior to launching Global Distressed Solutions, LLC, Jack spent 37 years as a real estate consulting partner at Ernst & Young and Kenneth Leventhal & Company where he was the Los Angeles (headquarters) office Managing Partner. He joined Crosswater Realty Advisors in 2008 as a Senior Advisor.

Kenneth Leventhal & Company was one of the pre-eminent work-out and restructuring firms in the 1970’s and 1980’s at which time Jack earned his restructuring stripes on large scale work-outs in the U.S. and Canada.

In the early 1990’s Jack had a major role as a consultant to the Resolution Trust Corporation during the Savings and Loan Crisis.

In the mid-90’s Jack took his RTC and work-out experience to Asia and ran the first portfolio auctions of distressed assets in Japan, Korea, Thailand, Taiwan, Philippines and China. Jack is one of the leading experts on Chinese property markets, banks, asset management companies, shadow banking and nonperforming loans and frequently writes and is quoted on these topics.
From 2002-2011 Jack lived in Beijing and Shanghai where he served as Financial Advisor to three of four top, Chinese banks and Asset Management Companies resolving their NPL portfolios.

Upon returning to the US in 2011, Jack joined Crosswater Realty Advisors as a Senior Advisor, a real estate consulting firm specializing in complex issues/transactions for two of the largest public pension plans in the United States.

Jack was a Trustee of the Urban Land Institute.

Jack has an MBA from UCLA and has taught Real Estate Investment and Finance at Harvard University as a Visiting Fellow in the Masters Real Estate Program for Professor Rick Peiser.