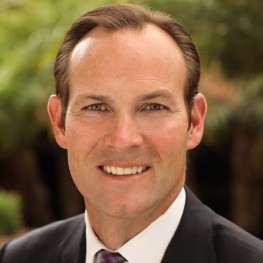 Colton T. Sudberry is the CEO and president of Sudberry Properties, a San Diego-based company involved in the development and operation of retail centers, mixed-use projects, apartment complexes, office and industrial parks, and master-planned communities. Since its inception in 1979, the firm has developed or is in the process of developing approximately 10 million square feet of retail, office, and industrial projects. It has entitled more than 6,550 residential units and completed construction of 1,300 apartments in San Diego County and beyond.

Before joining the firm in 1999, Sudberry was a leasing agent for the Corti Gilchrist Partnership, involved in all aspects of the retail leasing process in both the development and re-development of major retail properties, including such iconic centers as Fashion Valley Mall in San Diego, Fashion Square at Sherman Oaks, and Irvine Spectrum Entertainment Center. Sudberry started his career at CBRE where he was involved in market research and retail brokerage.

Sudberry is a member of the International Council of Shopping Centers, Urban Land Institute, BIA of San Diego, San Diego City College Foundation Board, and former member of the board of directors of NAIOP San Diego and Santa Fe Christian School.