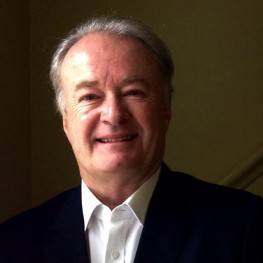 Colin Barrow was educated at Dulwich College, where he studied modern languages, and then read law at Clare College, Cambridge. He has two adult sons at college and lives with his wife, Ana, in St Prex, Switzerland.

On graduation in 1974 he joined the John Brown Group of companies, becoming in time Commercial Manager of their engineering and construction company in London.

In 1983 he joined E.D. & F. Man, and was based in their New York office. He returned to the London office in 1985 to work in their financial services group. He was appointed to the Board of the Group in 1990 and relocated to Switzerland. He developed, over a twelve year period, the investment management business of E.D. & F. Man, bringing what are now known as hedge fund products to investors and private banks throughout the world. Most of these products were designed to produce high and sustained returns to investors by investing in international markets, while providing a guarantee of return of investors' capital at the end of the investment period. He was the Managing Director of that business and a director of the UK quoted holding company.

In 1996 he returned to the UK from Switzerland and was until December 2005 a partner and Chairman of Sabre Fund Management, a specialised investment manager advising institutions and larger private investors on alternative investments.

From 2005 to 2014 he was co-founder and Chairman of Alpha Strategic PLC, a company listed on AIM which aims to allow hedge fund managers to de-risk by pooling part of their income to form a stable, market rated revenue stream.

In May 1997 he fulfilled a long-held ambition to contribute to public service through political activity and stood successfully for election to the Suffolk County Council. He was elected Deputy Leader of the Conservative Group and he also served as a member of the Executive.

He was from 1998 to 2004 also a board member and Chairman of the Improvement and Development Agency for Local Government (now superseded). The IDeA was the national self-improvement and consultancy organisation for local government

He moved to London and in May 2002 he was elected to Westminster City Council, representing Hyde Park Ward, and having served as a member of the Cabinet, responsible for economic development policy and transport, was elected Deputy Leader of the Council in May 2005 and Leader in May 2008. During his time as Leader, Westminster commenced a substantial programme of building and renewal of its social housing; raised educational standards in state schools in its area; pioneered a new and effective programme to divert troubled families from crime, drugs and anti social behaviour; renewed several iconic parts of the public realm in London and reduced internal costs enabling council tax to be frozen for five straight years.

He was also London Councils’ spokesman on health and a member of the Mayor’s London Health Improvement Board from 2010 to 2012 and from 2013 was a Member the London Health Commission for 2 years and a Member of the Expert Advisory Board, Imperial College Health Partners for 4 years.

He stood down from all elected offices in 2012, in his 60th year, after 15 years in public life, during which time he managed his family investments, largely in property.

He is a CEDR accredited mediator.

In 2004 he was appointed CBE for services to local government.

He has a particular interest in the education of people with autism and he was Chairman of the National Autistic Society charity from 2005 until September 2011.

He is Vice Chairman of the Board of Councillors of University of Southern California School of Public Policy. He was also appointed a Senior Fellow of USC Price School in 2019.

Colin has been appointed a DCI Fellow at Stanford University for the academic year 2018-2019.