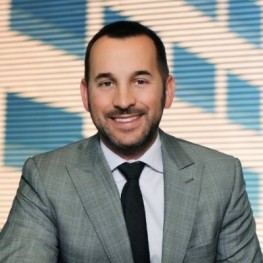 Ben is an equity shareholder and opened the Heffernan Los Angeles in 2005. He is now responsible for the management of the Orange County and Los Angeles offices. Ben’s specialty is structuring unique, outside-the-box insurance programs, based upon his professional background in finance and insurance.

Experience: Prior to joining Heffernan in 2005, Ben was a Vice President with USI Insurance Services in Woodland Hills, California, focusing on large commercial accounts. Ben has consistently been a top producer and was awarded “Producer of the Year” in 2010, 2012 and 2013 for his achievements. In 2014, Business Insurance bestowed Ben the “40 Under 40” award. This award is given annually to the top 40 brokers in the United States under 40 years of age.

Personal: A native of Pittsburgh, PA, Benjamin is an avid skier. He currently resides in Manhattan Beach, CA with his wife, Laurie, and children, Lily and Oliver.