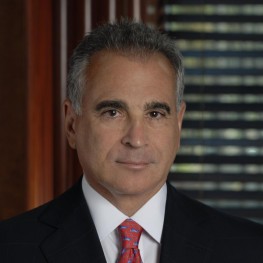 As Chairman and Chief Executive Officer of Casden Property Company LLC, Alan Casden is one of the largest developers of residential properties in the United States.  He has also built a personal reputation for civic leadership, professional excellence, and humanitarian service that extends far beyond the world of real estate development.

Through his related and controlled entities, Mr. Casden has acquired or developed approximately 100,000 multi-family apartment units with an aggregate acquisition and development cost of approximately $9 billion.  He has served as a member of the Beverly Hills Construction Project advisory committee, and advisory boards of the National Multi-Family Housing Conference, the Urban Land Institute, The California Senate Advisory Commission on Cost Control in State Government, the Multi-Family Council and The President’s Council of the California Building Industry Association.

From 1976 to 2001, Mr. Casden acquired or developed close to 90,000 multifamily residences with a value of $8 billion, primarily in the western United States.  Through most of these years the company was ranked among the largest residential and/or rental housing producers in the country. In 2002 Mr. Casden merged this company’s portfolio of properties into AIMCO, a large apartment REIT, in a transaction valued at $1.95 billion.

Since the firm builds within existing urban environments, each site has unique challenges and characteristics that require careful design and planning.  In order to ensure that each project fits into its community and that residences offer great design and quality as well as comfort, privacy, and security, Mr. Casden leads the company’s design team.  He then meticulously oversees the construction process to ensure that designs are realized to the fullest.   Casden Property has won close to 30 awards for excellence in architecture or landscaping design.  Further, he has pioneered innovations like day spas and business centers in apartment communities as well as sophisticated virtual reality technology that lets potential tenants view and select apartments prior to completion, advancing rent-up and revenue by as much as six months.

Casden has received numerous awards and recognitions for development, management and syndication activities, including approximately two dozen awards for excellence in building and design from the Pacific Coast Builders Conference and Professional Builder magazine and other industry organizations.  Casden has been awarded Gold Nugget’s Award of Merit for the development of the Malibu Canyon Apartments, HillCreste Apartments, Indian Hills Estates single family homes, and the Wilshire Doheny office building (all in Southern California).

He has also been awarded the Los Angeles West Chamber of Commerce’s Beautification award for the Crescent Gardens Apartments and the Wilshire Doheny office building, and won Elan’s Best Architectural Design Award for The Master’s Series single family homes in Thousand Oaks, and the Rancho De Los Caballeros single family homes in Acton.

Mr. Casden has also been widely recognized for his professional and humanitarian efforts by local, national and international government and civic organizations.  Among numerous honors, Mr. Casden received the Leadership Award from Los Angeles County for his efforts in pioneering low-income housing.  Additionally, the City of Los Angeles presented him with its Beautification Award.  Mr. Casden was named to the International Committee for the Jerusalem 3000 Celebration and was honored as a “Friend of Jerusalem” by its Mayor.  In the past, Mr. Casden has served as a National Vice-Chairman for the State of Israel Bonds campaign and the Chairman of the Los Angeles area bond campaign.

He was the recipient of the 2006 International Business Achievement Award conferred by the Beta Gamma Sigma Honor Society, the premier honor society serving business programs accredited by the Association to Advance Collegiate Schools of Business (AACSB).  He was nominated for this award by the USC Marshall School.

He was awarded the USC Marshall School of Business ’06 Vanguard Award for the individual who is on the forefront of business and civic activities and holds a position of leadership in his profession and community.

In 2006 he was given the State of Israel Bonds Man of the Year Award.

He was awarded by the government of Israel the Israel Extraordinary Service Medal which was personally presented by Israel’s Prime Minister Ehud Olmert.

In June 2007 he was presented the Israel-American Chamber of Commerce Award in Tel Aviv for his contribution to the Israeli economy.

Mr. Casden served for 25 years as the Co-Chairman of the Board of Trustees of the Simon Wiesenthal Center, an international human rights agency with an American constituency of 500,000 families.  Mr. Casden also served as Building Chairman for the center’s $65 million world-renown Museum of Tolerance.  In recognition of this work, the Prime Minister of the State of Israel paid special tribute to him for his leadership role in the worldwide fight against anti-Semitism and bigotry.

Mr. Casden serves on the Visiting Committee to the USC School of Business and has served on the Board of Advisors to the School of Accounting.  He was also honored by the University’s School of Accounting with its distinguished Alumnus Award in 1988. In 2005 he was given the distinction of Honorary Faculty Member for Life in USC College of Letters, Arts and Sciences.

In January 2009 President George W. Bush appointed Mr. Casden to serve as a member of the United States Holocaust Memorial Council as a Presidential appointee.

He resides in Beverly Hills, is married and has five children.