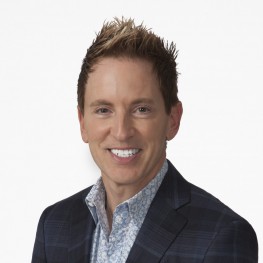 Ron S. Haft is Founder and Chairman of Combined Properties, Incorporated (Combined), a commercial real estate development and management company.  Under his leadership, Combined has grown to now owning and managing in excess of $1 billion in assets comprised of more than 40 shopping centers and mixed-use projects totaling greater than five million square feet. Combined is one of the largest private owners of community centers in the Washington, DC Metropolitan area and during recent years has made a substantial commitment to the Los Angeles marketplace with 18 projects currently under ownership.  The company currently has an active development pipeline of in excess of $1 billion, including several large and dynamic mixed-use projects located in both Los Angeles and the Washington, DC Metropolitan area.

Combined specializes in the acquisition, development, redevelopment and value enhancement of shopping centers and mixed use projects, which combine retail with a residential or hotel component.  The company takes a long-term, conservative approach to real estate ownership and development and is actively seeking new projects in its core markets. Combined is a fully integrated development, asset management and leasing organization, known for taking an out of the box creative approach to the projects it develops.

Prior to becoming the sole owner of Combined, Mr. Haft was President of Dart Group Corporation, a publicly traded company, with annual sales in excess of $1 billion from more than 700 stores.  Dart Group had stakes in four major retail chains comprised of supermarkets, auto parts, books, and beverages.