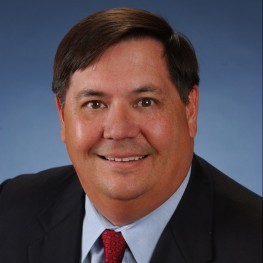 Current Responsibilities
Craig is President and Sector Head of JLL's Industrial Practice Group for the Americas. He is responsible for the JLL business lines that service the industrial and logistics real estate asset class. Craig serves on the firm's Brokerage Executive Committee and is Chair of JLL's Global Industrial Board. He was named International Director in 2012.

JLL's U.S. Industrial Practice has grown by over 400% over the last 5 years consisting of over 300 professionals in 50 cities. Annual leasing and sales volume exceeds $6.3b (3000 transactions/200M SF) plus over $2 Billion in Industrial Capital Markets Transactions and over 150 MSF in Industrial Property management. JLL's Industrial Tenant Rep practice has a market leading position in most of the major markets across the US

Experience
Craig began his commercial real estate career as an industrial specialist in the Los Angeles Airport area in 1976 and has a broad range of transaction (over $3.5 billion and 10 million square feet in volume) and brokerage management experience. Over his career Craig has held senior level positions in both management and production with Trammell Crow Company, Insignia ESG and Colliers Seeley (where he served on the Executive Committee as well as on the Board of Directors).

Community and personal information
• 2008/2009 National President and Chairman of the Board, the Society of Industrial and Office Realtors (SIOR); elected to National Board of Directors in 2003 and has held multiple board and chapter officer positions

• Emeritus Board of Catholic Big Brothers of Los Angeles; former Chairman of the Board