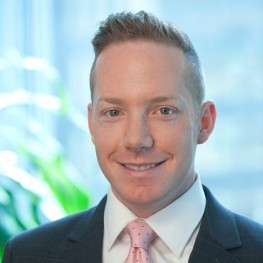 Stephen Anderson is the Chief Investment Officer of Cambridge Pacific.  Cambridge advises and partners with institutional clients to action countercyclical strategies for housing.  Cambridge is optimizing existing assets by manufacturing new NOI and developing ground up housing with a post-COVID focus.

Previously, Stephen ran acquisitions and development for CityView where he deployed institutional capital into ground-up multifamily across the west.  Prior to joining CityView, Stephen worked at the Redevelopment Agency of Los Angeles.  His team financed and approved the Broad Museum/Grand Avenue Redevelopment and W Hollywood Hotel, and managed the retail expansion of the Tom Bradley Terminal.  While at CRA/LA, Stephen worked on the adaptive reuse of numerous downtown Los Angeles buildings including the Rosslyn Hotel and Alexandria Apartments.   In addition, Stephen worked on approving and financing over 1,000 units of market and affordable housing across Los Angeles.  Prior to CRA/LA Stephen worked on numerous high profile mixed-use development projects in California, including the renovation of Santa Monica Place with Macerich and the development of Infinity condos in San Francisco with Tishman Speyer.

Stephen has a Bachelor of Science in Planning and Development, Minor in Architecture and a Master of Real Estate Development from the University of Southern California.