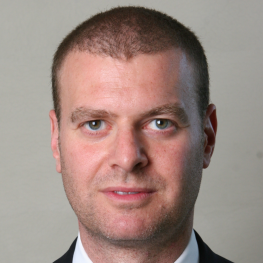 Kevin L. Ratner is President of Forest City West, a subsidiary of Forest City Enterprises, Inc. Forest City is an owner, developer and manager of a diverse portfolio of premier real estate located throughout the nation, with approximately $10.9 billion in total assets.

Ratner is responsible for Forest City’s commercial and residential businesses on the West Coast. In addition to the development of market rate, affordable, and high-density urban housing, both new and through the adaptive re-use of preexisting structures, Ratner and his team are currently involved with several mixed-use, developments focusing on technology and today’s innovation economy. Ratner has worked in ForestCity’s Los Angeles office since 1998 and has been extensively involved in the development of more than 1,500 multi-housing units, including several high-profile redevelopment projects in Southern California.

Ratner has significant expertise in revitalizing urban neighborhoods through public/private partnerships. He is dedicated to the communities in which ForestCity works and has participated in many public policy forums.

Ratner is continuing the family tradition of real estate development following his grandfather and father into the family business. Max Ratner founded ForestCity in 1921 in Cleveland, Ohio, which is still the company’s corporate headquarters. Today, ForestCity has established a national reputation as a master developer and property owner of some of America's largest, and most prestigious, urban and suburban real estate projects.

Ratner graduated from the University of Wisconsin with a BA degree and holds a Masters in Real Estate Development from the University of Southern California. Ratner serves as Chair of the Board of Directors for both the American Jewish University and the California Infill Builder’s Federation (CIBF). He is also on the Board of Directors for the Central City Association of Los Angeles, the Hammer Museum, SCI-Arc, Center for Creative Land Recycling, and Center for Architecture and Urban Design Los Angeles. Ratner is an Advisory Board Member of the UCLA Ziman Center for Real Estate and an Executive Committee Member of the USC Lusk Center for Real Estate.