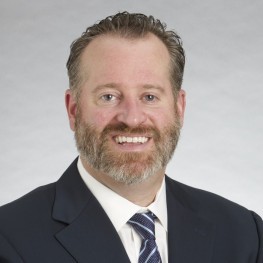 Derek Evans is an Executive Vice President and Regional Manager with the Wells Fargo Commercial Real Estate Group, based in Los Angeles, California.  Since September 2017, his office has been responsible for portfolio management and new business production for the greater Los Angeles area.  Derek currently supervises a lending division totaling 35 team members.

Derek joined Wells Fargo in 1999 and joined Wells Fargo Commercial Real Estate as a Credit Analyst in 2000. After completing Wells Fargo’s Wholesale Banking Credit Management Training Program in 2002, he was promoted in 2003 to a Relationship Manager position and Assistant Vice President.  In 2005, he was promoted to Vice President and in 2008 he was promoted to Senior Vice President/Team Leader, where he was responsible for managing the underwriting team in the Denver CRE office. In 2011, Derek assumed the role of Managing Director and Regional Manager for Wells Fargo’s REIT Finance Group, where he was responsible for portfolio management and new business production for the Western United States.

During his career, Derek has been directly responsible for the origination of over $8 Billion in real estate financing both for REITs, Private Equity Funds and large private developers.  Financing arranged by Derek and his teams include construction loans, bridge loans, land loans, subscription lines of credit, unsecured lines of credit, unsecured term loans and long-term non-recourse permanent loans.

Derek received his BS in Business Administration, with a minor in Economics from Hastings College (Hastings, Nebraska).