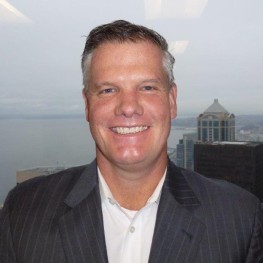 Mr. Dufenhorst is currently President of Sunroad Real Estate Investments which is a wholly owned entity of Sunroad Enterprises.  Founded in 1977 and located in San Diego, Sunroad consists of two distinct divisions: Real Estate and Automotive. The company has built over 3,000,000 square feet of Class A office space, in addition to the 600 slip Sunroad Resort Marina, nearly 4,000 multifamily units owned or under construction, and Maderas Golf Club, recently ranked by Golf Digest as a top 100 Golf Course.  Sunroad also owns Island Prime, C- Level, and Coasterra restaurants on Harbor Island.  Sunroad Enterprises has been involved in projects in California, Colorado, Nevada, Arizona, Washington, and Mexico, and has earned numerous quality commendations from local, regional, and national organizations. On the auto side, Sunroad currently owns and manages 17 car dealerships in Mexico and the US.  Sunroad is proud to have won, amongst others, the Ford Triple Crown Award, Honda Presidents Award, Subaru Stellar Performer, and BMW Center of Excellence Award.

Previously, Mr. Dufenhorst spent 13 years at Security Properties where he was the Chief Executive Officer, Chief Investment Officer and Managing Director of Conventional Properties.  Mr. Dufenhorst oversaw a 22,000 unit apartment portfolio with assets located in 21 states plus the District of Columbia.  The company has been in business since 1969 and operates with four separate business units including development, conventional acquisitions, affordable acquisitions, and in-house property and asset management.  During his tenure at Security Properties he completed over $4.2b in transactions and raised over $900m of institutional equity.

Prior to joining Security Properties, Mr. Dufenhorst worked 13 years as the President and Managing Partner of a private developer based in Los Angeles with offices in Denver, Phoenix and Las Vegas.  His previous work experience also included working in the real estate group for an investment banking firm based in San Francisco and he was the Director of Development for Intrawest.